You are here: Home / Boomer Memories / A Pile of Leaves 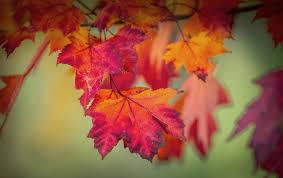 There were two maple trees in our yard on Court Street when we moved to Lewisburg, WV in 1955.

There was nothing unusual about those two trees in the spring and summer, other than the grass beneath them was always a good spot to catch a few night crawlers for fish bait. The trees were so thick with limbs that they weren’t much good for climbing.

What is it with maple trees? They have a million leaves and they fall in huge clusters. Often, I was assigned the task of raking and I swept the leaves into 4- and 5-foot pyramids. Then the fun began. Brad Stuart or another youngster on my block happened by, saw the huge leaf piles and the leaf diving began. We took running starts and soared through the air like Superman before plunging unscathed into the piles. You could literally bury yourself beneath those large mounds of leaves.

Sometimes Brad and I would hide in the piles until an innocent bystander wandered by, and then we jumped out and shrieked. That was fun for us, not the bystander.

On a Saturday morning, if it wasn’t raining or blowing hard, Daddy would further rake the piles of dried, crimson leaves into the edge of the street and set them on fire. In October, the entire town smelled of burning leaves and I remember that as a good thing. The scent of burning leaves in autumn meant that hunting season was close by. It was a time of apple cider and high school football games. It was a time of hayrides and trick-or-treating. It was a fun time and a wonderful time to be a young man in a small town in West Virginia. And it all began with a pile of leaves.

I am Jim Brewer, Editor of the new CvilleBuzz, a humble on-line attempt to entertain those, not only … END_OF_DOCUMENT_TOKEN_TO_BE_REPLACED