You are here: Home / Backyard Birds and Buds / Talking with the Animals 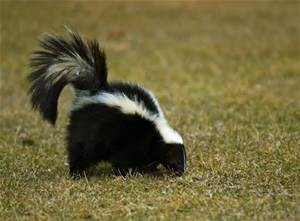 My back yard has turned into a wildlife resort. There is more deer poop than grass in many places. Of course, me being a birder and all, and my scattering seeds and corn for the critters does little to discourage all sorts of animals and birds from homesteading on my property. I feel especially sorry for the birds and animals this year because there is very little for them to eat in the fields and forests. So, they’ve moved in with us.

We have three deer, which are regular visitors, a large doe and two fairly good-sized yearlings, one a button buck. There are others, but these three have claimed squatting rights. We often see them at night and in the early evenings. They enter the back yard, finishing off any goodies that the squirrels may have overlooked, then they come right to the house where the mother sticks her tongue through a supposedly squirrel-proof wire cage surrounding the birdfeeder and either eats or dislodges enough seed so her young can also eat. Every night they finish off whatever I have in the feeder, then amble over to the birdbath and nearly drain it dry. I finally got the message, put the feeder on a rope, threw it over a limb and hoisted the feeder high enough that the deer would have to actually hover in mid-air to empty it. To offset that seemingly cruel act, I bought some molasses-covered deer corn from Southern States and now scatter that in the back. Until deer season closed, it was illegal to deliberately feed deer in order to keep them from concentrating and spreading disease, but now it’s okay.

Last Sunday, in the middle of the afternoon, my wife Nancy saw the three deer finish off what little corn remained. The doe and button buck moved away, but the female yearling stayed put, in plain view in the middle of the yard. We have often wondered what would happen if we approached the deer and tried to feed them. We figured they’d hightail it as soon as they saw or winded us, but Nancy was willing to experiment with a backyard confrontation since the animals had already fed.

Nancy talks to birds and animals much as a mother speaks to a baby child and she thus approached the deer.

The fawn stood its ground, watching every move, but didn’t bolt when Nancy opened the shed door, got three scoops of corn and tossed them towards the deer. At the time, she was four feet from its nose. She finished and walked back to the house. The fawn began feeding immediately. Within a minute, the doe and the other fawn joined in the feast. With full tummies, they finally ambled off, leaving a good bit of scattered corn. Last night, another critter arrived. Pepe Le Pew, the skunk. We watched intently as Pepe proceeded to polish off the corn, then rooted around for grubs and finally retired to his master suite beneath my tool shed. I know he was there because of the eminent essence of skunk, which now lingers in and around the shed. That is one animal we will not be having a conversation with.

Where Have All the Finches Gone?

I am Jim Brewer, Editor of the new CvilleBuzz, a humble on-line attempt to entertain those, not only … END_OF_DOCUMENT_TOKEN_TO_BE_REPLACED