You are here: Home / Around Town / Gas Guzzling 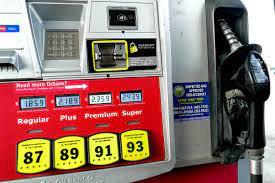 I was fortunate to have filled up my tank exactly one day before the mini-gasoline panic we had a week or so ago.

I had no idea how long the shortage would last, but I well-remembered the Jimmy Carter Days when odd numbered license plates could buy gas on certain days and only a limited number of gallons, then it was even numbered tags the next day.

So for the next few days, I tried to be as conservative as I could when motoring up and down the highway. For one thing, it wasn’t terribly hot so I rolled down the windows and turned off the AC, and I took my time when driving. I did in the low 50s instead of 60 MPH on Rt. 29 and when I saw a red light ahead, I slowed and coasted in.

It was really interesting observing the cars around me. Even though they could see a red light ahead and knowing they would have to stop, they would speed up and weave in and out of traffic to get to the front before having to slam on brakes at the light. Then off they went, like jack rabbits, while I took my time getting back up to speed.

In a few days, all the stations had reopened, though gas took quite a jump in price. Funny with gas prices: They take a long time to drop, but not so long to go up.

Bottom line: when it came time to fill my tank the next week, I noted that I got an extra 40 miles out of that one particular tank of gas.

I am Jim Brewer, Editor of the new CvilleBuzz, a humble on-line attempt to entertain those, not only … END_OF_DOCUMENT_TOKEN_TO_BE_REPLACED